Schalke 04’s new right-back Kylian Ludwig recently made his debut for the club in a home game against Berlin United. Next up: Ruderby! The 20-year-old is looking forward to the game against Dortmund in the early hours of Sunday (October 25). 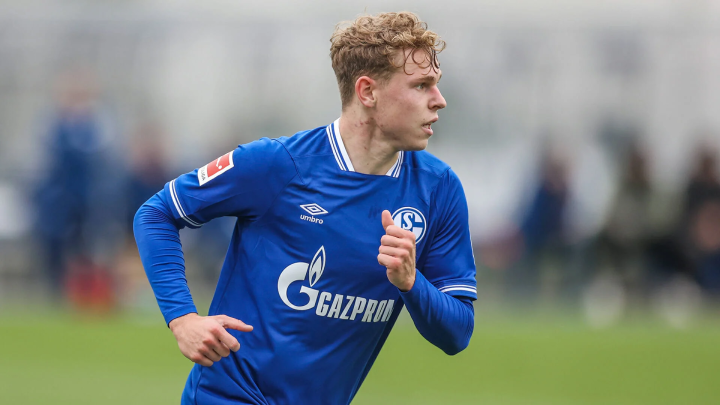 "Everyone knows the importance of Derby," Kilian emphasized. "This is Schalke's game against Dortmund. Needless to say." The other members of the team are also aware of the future tasks and are full of motivation. The right-back had previous derby experience when he played against Hamburg in the St. Pauli Youth Training between 2014 and 2015.

Kylian has only played for Royal Blue for more than two weeks. "I will be ready right away, ready to face new challenges," the German U20 player explained. The team helped him settle down quickly. "The first few days were great. The team helped me integrate myself quickly. I am really happy to play for such a big club."

So far, Kylian has left a deep impression on both the friendly against Paderborn and the Bundesliga against Berlin United. "I want to be stable," the defender said. "My goal is to work hard every day. I am ready and I am willing to do the same."

Royal Blue needs a strong team performance on Sunday to participate in the Bundesliga's 97th Ruudby match. Kilian said that a good game plan-whether with or without the ball-will be the key. The defender also knows very well that the match with last season's Bundesliga runner-up will not be an easy task. "Derbys are always tough games-they mean everything and everything is possible!"