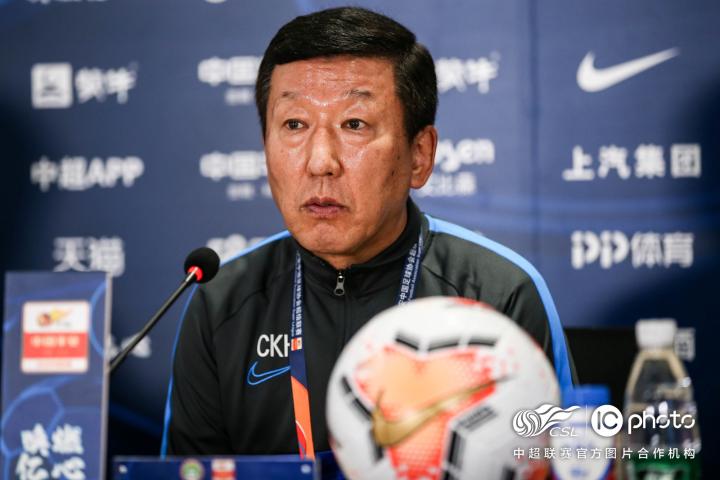 At the post-match press conference, Cui Kangxi, the head coach of the Shanghai Greenland Shenhua team, first commented on the game: "Although the players have drew with their opponents in consecutive games recently, the players have performed very hard and hard work, and even made me apologize. The team is facing various problems such as difficulty in scoring, injury to foreign aid, tight schedule, etc. These are not solved by training, but we will still use the players we can arrange to play the next two games well. Hope to be able to play In the following games, we achieved good results and continued to stay in the top four."

Speaking of the recent four consecutive draws in the league, Cui Kangxi responded: "At present, the team has more injuries in the forward position, so we have to focus more on defense. The players are also working hard to overcome many Difficulty. We have to put more energy on the following games and go all out to play well."