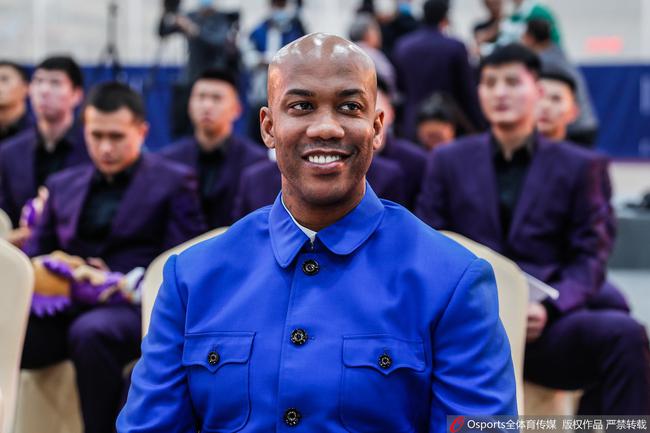 "I never thought about retirement. My player era is over, but the coaching era has just begun. I am not the kind of person who does nothing after retirement. If I live to 80 or 90, I will still work." Men's basketball coach Marbury said.

It has been ten years since I came to China. In ten years, Marbury has brought three championships to Beijing and has fully integrated into life in China.

Before the outbreak in the United States, Marbury returned to China and underwent a nucleic acid test upon landing. "I waited for about 5 hours and the result was negative." At first, Marbury thought that he could walk around casually, but the community told him that he had to be isolated for 14 days. "I'm very lucky. I have a home here. I don't need to be isolated for so long in the hotel." I can't go out for 14 days. Marbury basically depends on takeaway. "I can use both Chinese and English takeaway software. I just look at the pictures for Chinese. , Take a screenshot and scan the words on it, you can know what it is.” Marbury said, “the other thing is to watch TV and make preparations about the coach.”

In addition to ordering food and using chopsticks freely, Marbury's spicy skills are also trained in China. "I only started to eat spicy food after coming to China. About three or four years ago, I could eat very spicy food." Hot pot is his favorite. "There are also hot pots in the United States, but the soup base and dipping sauce are different, and the taste is much worse. Every time I go back to the United States, I get thinner." Marbury said. In addition to hot pot, he also likes Xinjiang cuisine, Cantonese cuisine, and Northeast barbecue. "Every time I go, I try local food."

Marbury said that his mother liked Chinese clothes very much and bought a lot of them. She would wear them to church when she returned to the US. "Seeing that she is also fascinated by the land I like, which makes me very happy." Marbury said. In front of the bronze statue of Marbury in Wukesong, Beijing, Marbury's mother cried. "This is an unforgettable moment for us. We are so grateful that a city can give you such an honor."

On March 8th, during the CBA shutdown period, Marbury wrote a letter to NBA President Xiao Hua, reminding him of the serious problems that may be caused by concentrated watching in the context of the epidemic. "Because I know that the CBA has been suspended, if people continue to watch football matches in the United States, the epidemic will spread faster. I feel that I have an obligation to share my thoughts and let them know the seriousness of the matter." Marbury said, " Xiao Hua replied to me, thanked me for my concern, and said that they are taking various preventive measures." On March 11, French center Gobert became the first NBA player to be tested for the new crown virus. The NBA also immediately announced the "shutdown" of the season.

Marbury believes that the subsequent smooth rematch of the CBA is a very remarkable thing. "I remember that we had to do four nucleic acid tests before going to the competition area and stayed in one place. The league has done a lot of work, how to arrange the schedule, how to conduct disinfection and isolation between regions, how to ensure the safety of all participants, The smooth holding of the playoffs is a great thing in itself."

Marbury also set the portrait of Academician Zhong Nanshan as his Weibo background because he felt that such a hero should be known by more people. "At the beginning of the epidemic, there is such a person we can trust and give us guidance. I think this is very important. This is a matter of life and death, more important than earning money, work, etc., so we should pay tribute to such a person, let People know who he is."

The new season of the CBA League will kick off on the 17th. Marbury has taken the Beijing Enterprises Men's Basketball Team to Zhuji, Zhejiang. They will complete the first phase of the nearly one-month period under strict prevention and control measures.