Leverkusen defeated Nice 6-2 in the first round of the Europa League. After the game, coach Boss said that there is still room for improvement in the team’s performance today. In addition, he also mentioned that Nice coach Vieira was against I said that it's a pity that no fans have entered the stadium in such a good stadium. 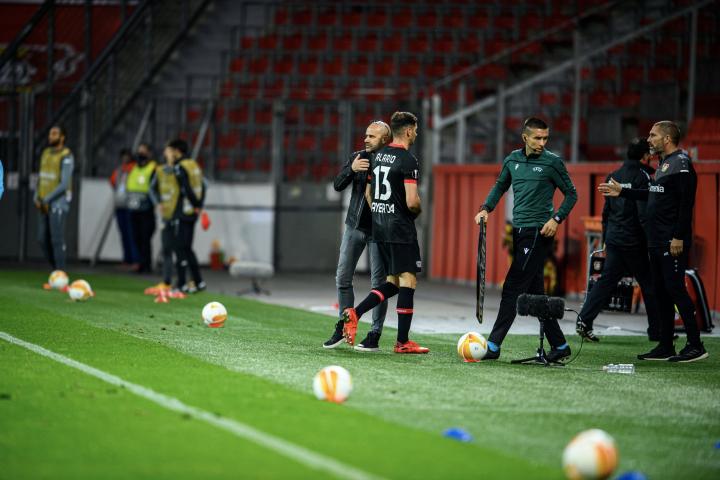 Boss said: "We played well in the first 25 minutes of the game, and then our pace slowed down, so I was very dissatisfied during the intermission. We did better in the second half and we deserved to win in the end."

"Vieira said to me before the game: ‘It’s a pity that there are no fans for such a good stadium.’ I agree with this and I hope the fans will come back soon!"

"We scored a beautiful goal, we did a good job before the game, but today I also found some problems, we must continue to work hard and continue to improve!"